“Fate/Grand Order is easy”, said no weeaboo over.

While the interface itself is fairly straightforward, the shitty RNG that plagues the Grand Summon system often results in erratic rolls, and has the tendency to screw you over with a whole bunch of Craft Essences rather than fresh Servants.

This can often mean that if you’re not a pay-to-win, Saint-Quartz spamming player, you’re going to either be behind on the curve because your Servants aren’t cutting it level wise, or you’re often out of AP, which you need to maximize your story progression.

Thankfully, there are daily Event Quests in game that are designed to help you speed things along, and they aren’t that hard to master.

The trick to it, we realized, is the Sunday Event Quest – the Master Training scenario. We got an early start before last week’s Unlimited Maintenance Works thanks to that, and it’s really helped us come out ahead in the grind.

You can access Dailies through the Chaldean Gate option in Stage Select, and you can start blowing through them as early as Level 10. Just make sure you’ve got Shielder and your Starter up to at least Level 10 using XP-up drops, and you should be all set. 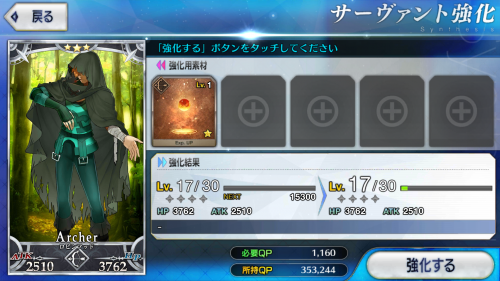 You should have plenty of Exp-Up drops early game, so DO put all your eggs in one or two baskets.

Like all other Dailies, the Master Training scenario has three difficulties and cost either 10, 20, or 40 AP. 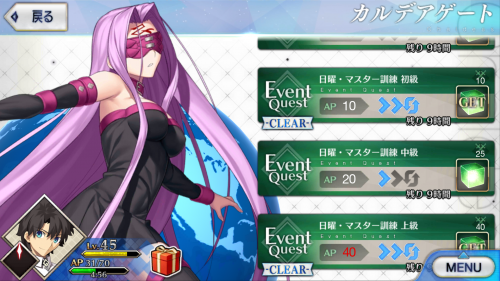 Everyone loves a good Event Quest. :3

Mooks are werewolves with an average Level of 6 and 3,800 hp, with either Saber, Lancer or Assassin Classes.

Boss is a werewolf Assassin with a Servant level of 15 and 13,765 hp. Abilities include a Critical rate buff and a multi-hit finisher. 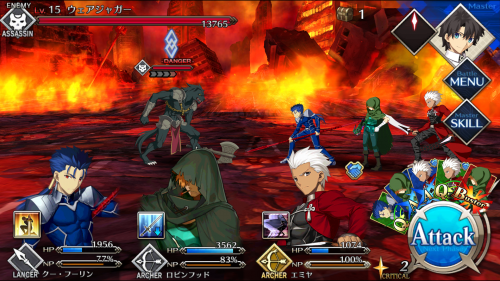 I-it’s not like werewolves are hard at lower levels or anything. Well, maybe if you have no friends…

Mooks are ghosts with the Assassin class, an average Level of 10 and 6,000 hp.

Leader is a Level 25 ghost with 27,074 hp that can paralyze your party and inflict debuffs. 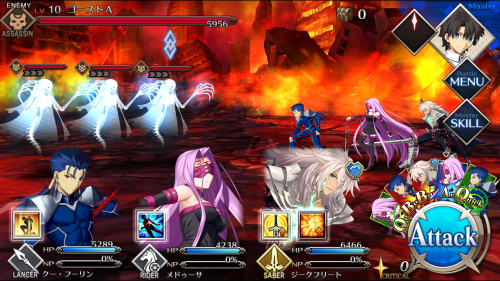 Once you’ve gotten the hang of farming Master levels, it’s easy to get into the spirit of things. 😡

Mooks are primarily lamia between the Level 12 to 18 range with the Caster class and average 8,000 hp. Every now and then, you might also encounter shadow Servants with the abilities of Medusa (Rider), Euryale (Archer) or Stheno (Assassin). 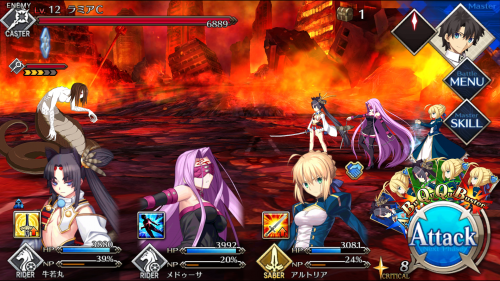 Can’t say I enjoy snaking around with these guys. =_=;; 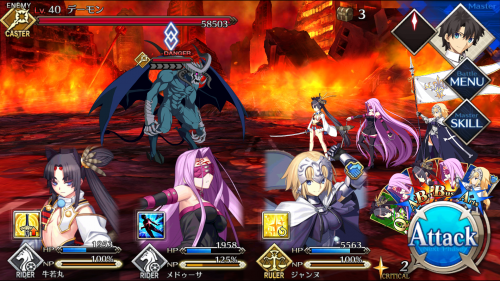 This is the toughest guy you’ve gotta kill. 😮

Since gaining Master levels improves your abilities and also replenishes your AP, you can speedily farm levels as long as you’re able to hit all the right leveling break points. With enough level ups, you can also increase your party size, and attempt the same scenario at a higher difficulty.

The risks are definitely worth the reward, and it’s not uncommon to gain 20 Master levels on a good day before you hit a point where you can’t level up on the quick and need to wait for your AP to recharge anymore. 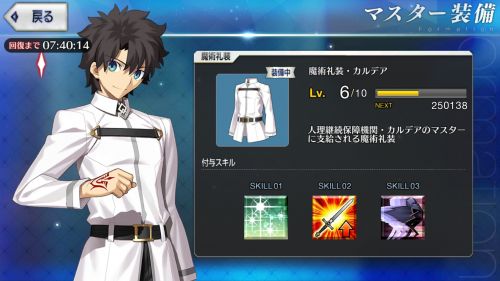 Being a Master means more than just wearing a swanky jacket.

Daily Quests for Fun and Profit 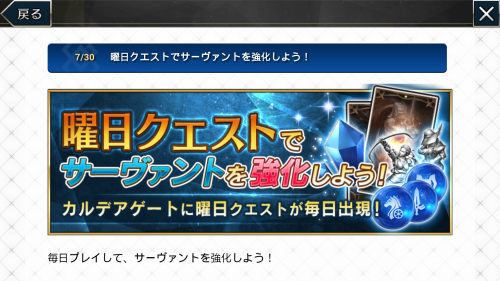 Daily Event Quests are the path to victory. There’s even a handy list in game that reminds you which days are the best days to play!

If you’re just starting out, your best bet is to focus on doing a whole bunch of daily Event Quests rather than jumping ahead with the story.

Some recommended Event Quests to start with are:

Treasure Vault (QP). Mooks and bosses are primarily Caster types. You’ll need lots of QP to level up your Servants later, so start farming this Event Quest early and often.

If you’re in a fairly comfortable position, or have a sizable enough pool of Servants to choose from, you can also do Congregation at Dawn (woohoo, MTG reference!), which has Exp-Up drops for all seven Classes.

This netted me a good amount of QP and Master levels early game and helped to offset some really bad 40 Saint Quartz pulls.

Once you’ve found a routine you’re comfortable with, the game will turn from an annoyance into a breeze.