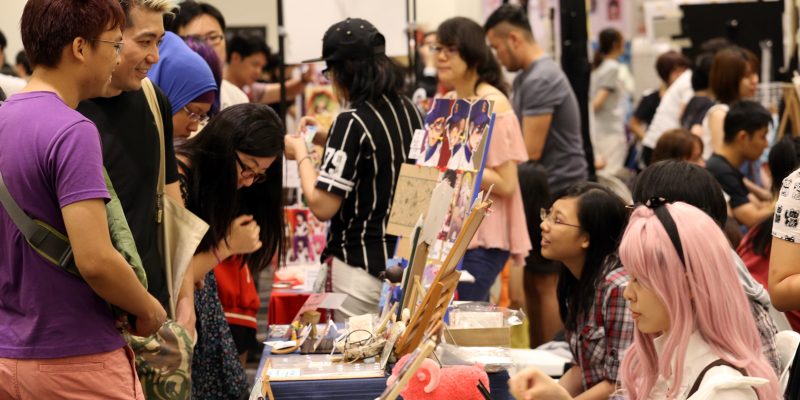 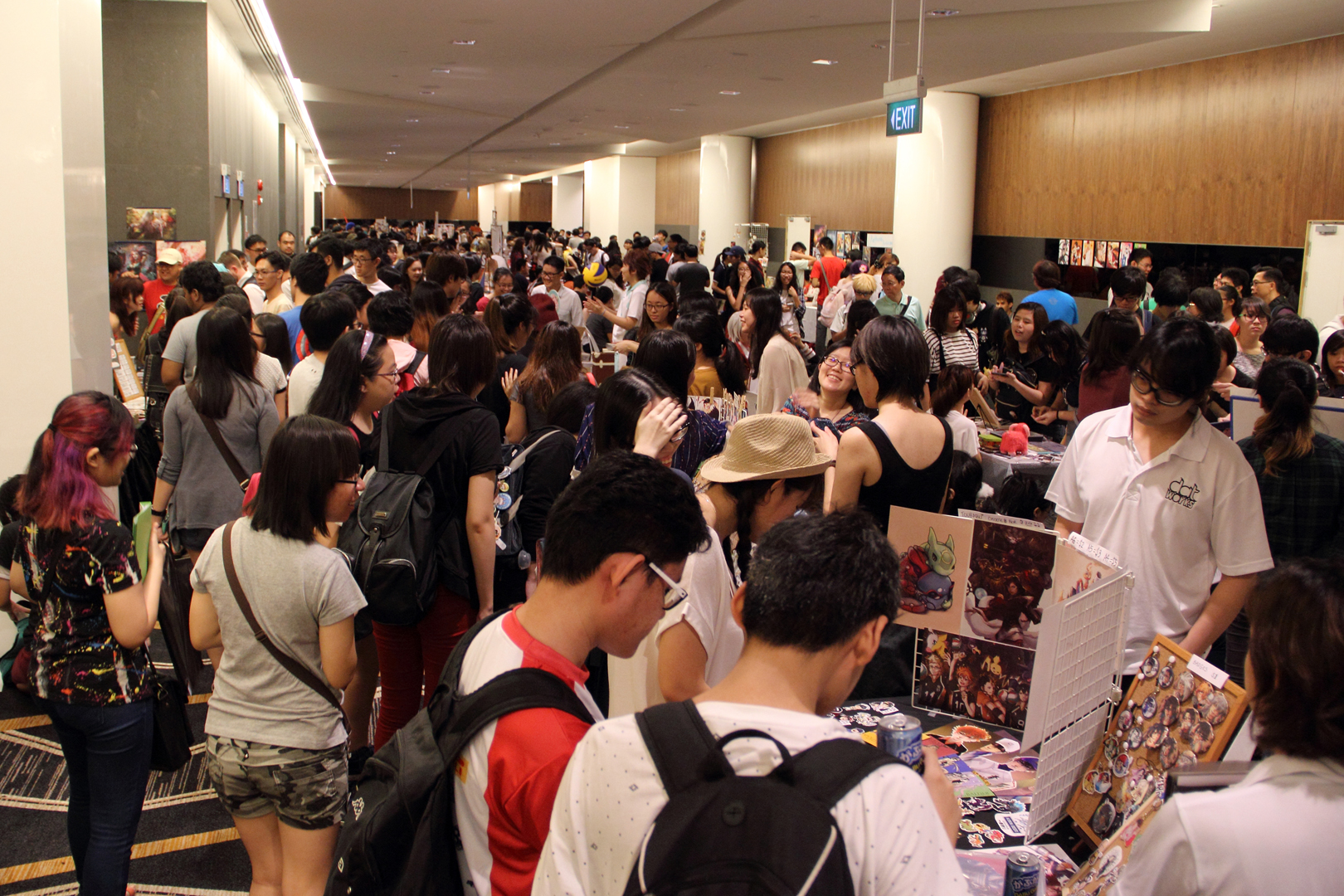 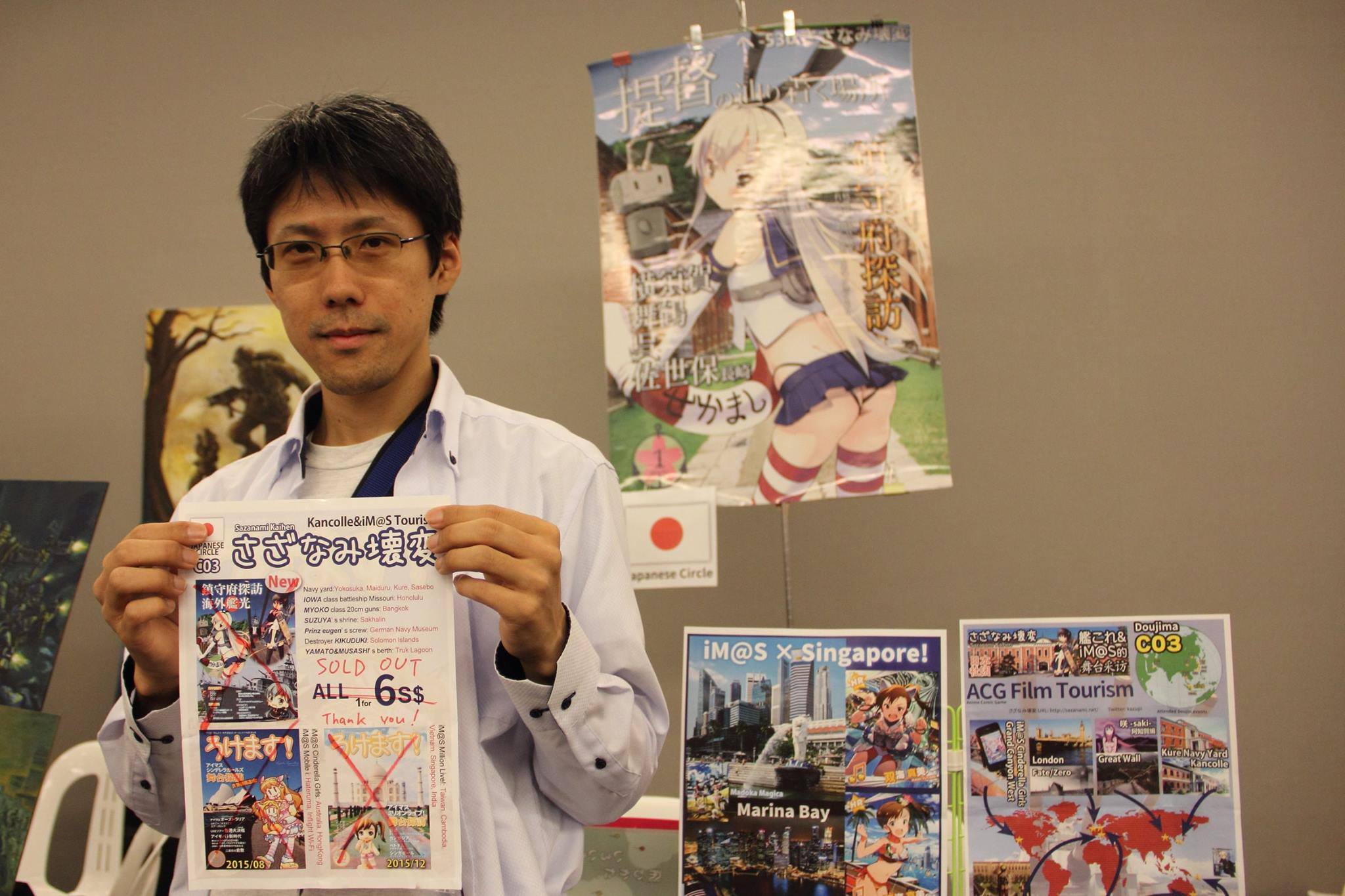 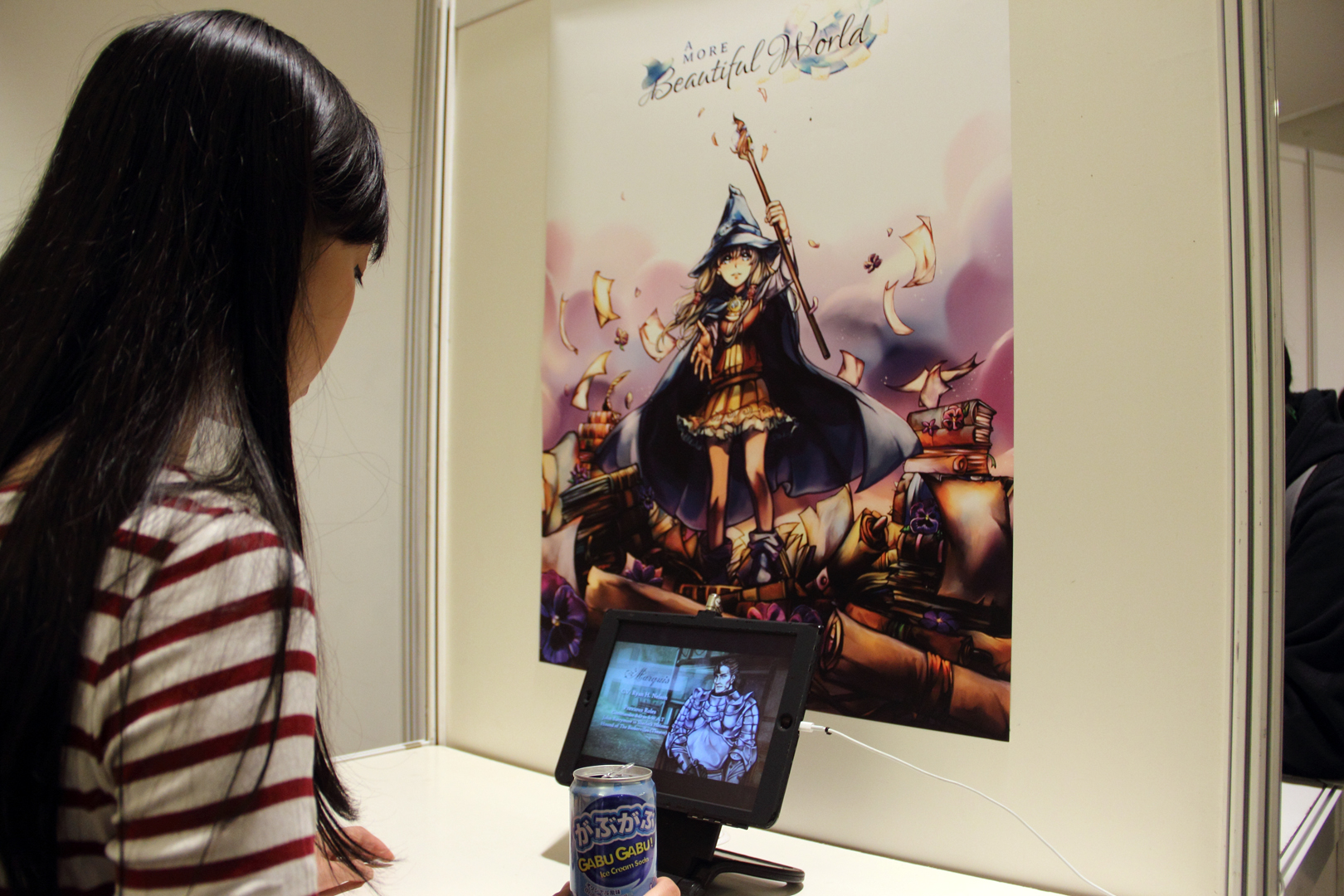 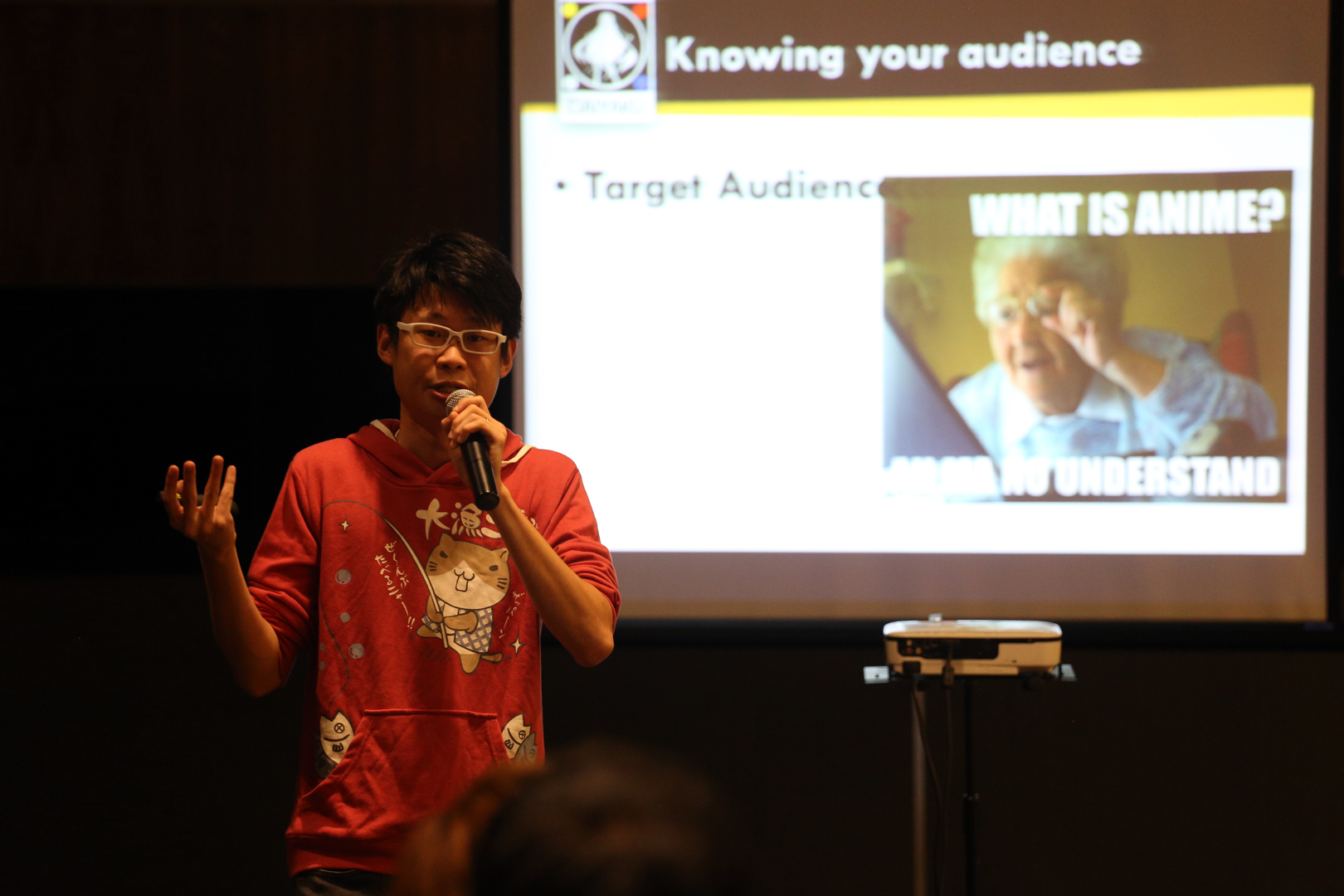 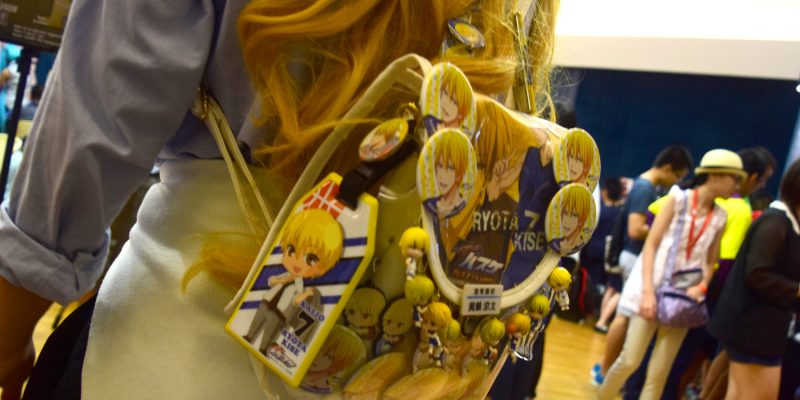 While Doujin Market isn’t a cosplay event, it IS cosplayer friendly. That’s because we’re cosplayers too, and we appreciate the passion and artistry behind the craft.

If you intend to come to Doujin Market this weekend in costume, here are some tips to make your time with us fuss-free!

Keeping hydrated is one of the most important parts of being in costume, and we’re glad to say that the great folks at Pokka have you covered!

Be sure to grab your free can of Gabu Gabu at the show and also PLENISH, a tasty isotonic drink that’s perfect for (re)PLENISH-ing those lost electrolytes! 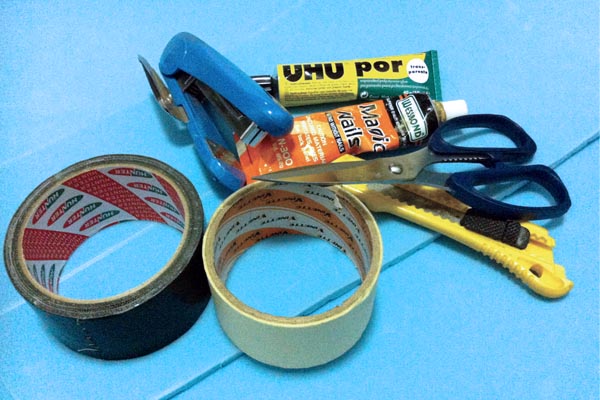 Simple craft supplies and the ever trusty duct tape will go a long way towards keeping your costume together in case of a malfunction.

If you’re going to cosplay at Doujima, you definitely want to bring a repair kit just in case!

Costume malfunctions happen to the best of us, having a sewing kit or glue on hand may make all the difference between suiting down early or having more time in costume. 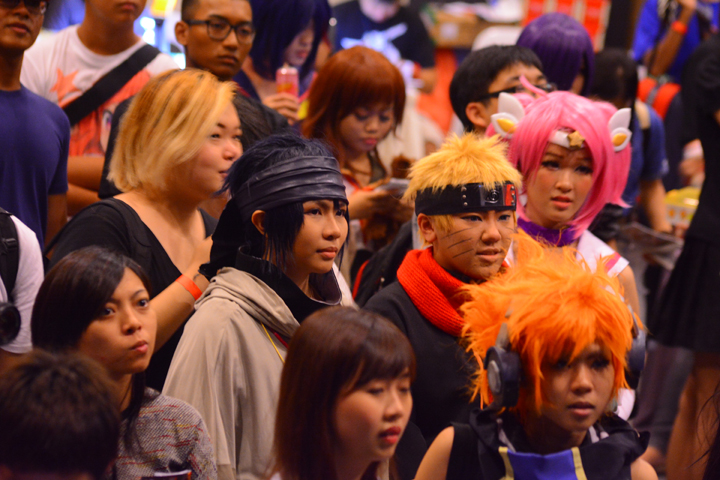 Cosplayers are always welcome at our show. Just make sure you familiarize yourselves with the house rules!

Doujima’s a cosplay-friendly convention, so our usual house rules apply. Remember to keep them in mind while you’re having fun (and we’re sure you will)!

– Visitors are allowed to cosplay characters from any genre. There is no stipulation or limitation on the characters you can cosplay. However, cosplayers are reminded to practice positive convention etiquette.

– As this is a family friendly event, cosplayers are reminded to be mindful and to dress appropriately for the venue. Exceptionally revealing costumes and costumes that expose the underboob, pubic area and/or buttocks are strictly NOT allowed.

– Exposed metal props and/or props with sharp blades and/or sharp edges are strictly NOT allowed at the convention. Should you have a metal prop, the prop must be ‘peace-bonded’ (i.e. secured) in a bag or in it’s scabbard at all times. The organizer reserves the right to routinely inspect props with impunity for safety reasons.

– Props constructed out of wood, foam and other light materials are allowed as per normal.

– All gun props MUST have orange safety tips and/or clearly defined toy brands/labels and/or must be readily identifiable as a toy. Props capable of firing projectiles e.g. crossbow toys and NERF guns, must NOT be loaded at ALL times.

– Make use of the Chill Out Zone, which has been allocated for fans, visitors and cosplayers to hang out, but remember to take care of your belongings and your personal safety at all times!

And that’s all folks, thanks for reading our survival guides.

If you have any questions, be sure to ask on our event page or PM us on Facebook! 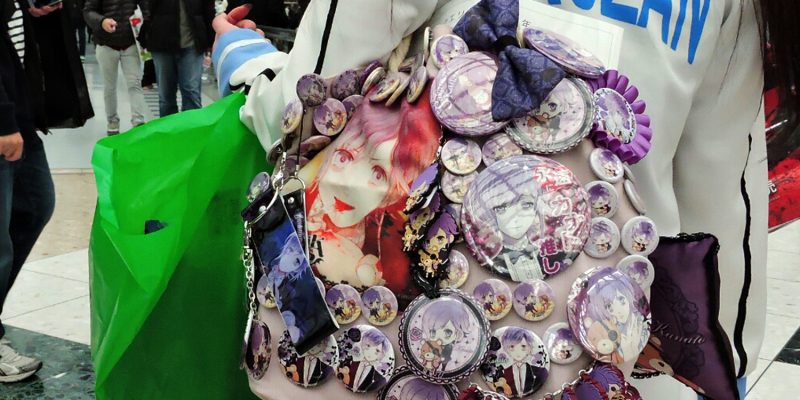 Here are some tips that will help you beat the crowds and get through the weekend.

… but how we fight it certainly has. If you’re preparing your plan of attack for the convention, you can start by reading Part 1 of our Doujima Survival Guide so that you know how to get to the convention.

Our map’s your handy convention cheat sheet. Use it! :3

Aside from having a ton of booths with us this year, we also have plenty of seminars and portfolio reviews, as well as Singapore’s first Visual Novel Hub!

Check out what seminars we have lined up here and learn more about the Visual Novel Hub here.

We also recommend checking out some of your favorite artists before the show to get a sneak peek at what they’ll be selling, just to get a better idea of how much your wallet is going to cry. ^^;; 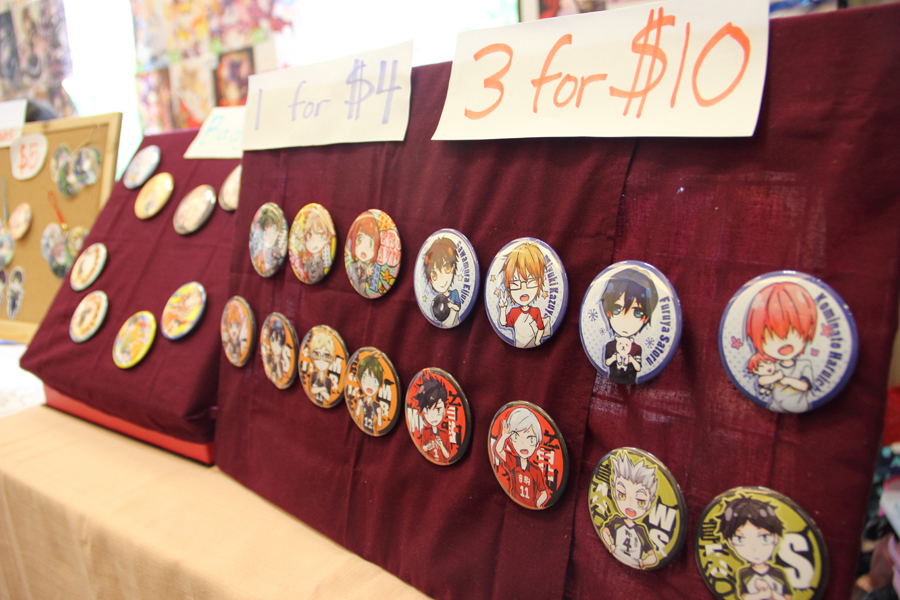 We know it’s a no-brainer, but you definitely want to bring plenty of $2 and $10 notes when heading down to the con.

If you need to break up your bigger notes at nearby stores before buying from the artists, do it!

We’re sure that they’ll appreciate not having to run around trying to break your change.

(And if you’re an artist, be sure to bring change for your loyal supplicants… errr… fans, and do bring a float to help with your first few sales!) 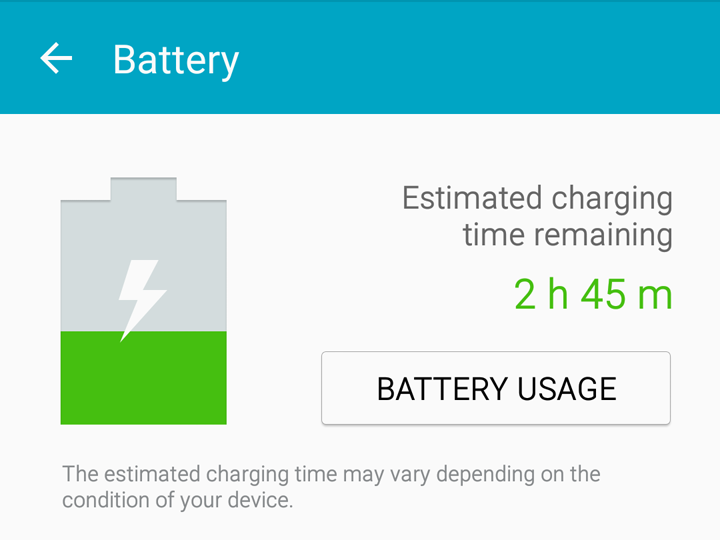 You don’t want to go flat at Doujima. 🙁

Charge your batteries! There will be no power outlets provided for visitor use, so to keep from getting flat at the event, you’ll want to make sure you have a power bank equipped.

Better make sure it’s fully-charged too – you don’t want to make that mistake. We’ve been there, trust us. 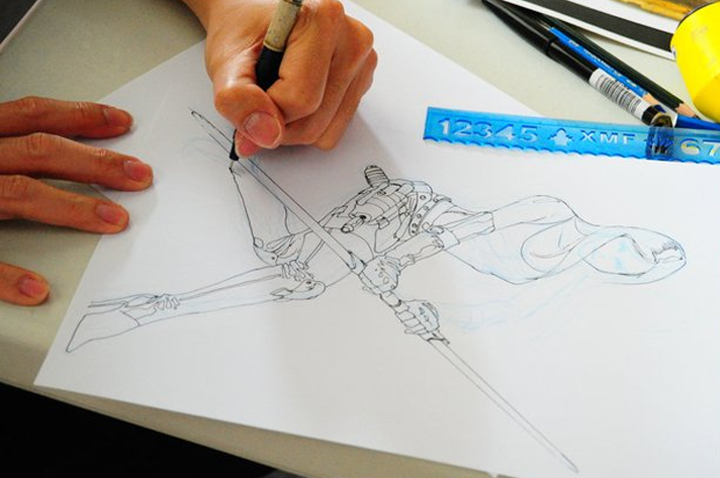 Learn new tricks and techniques at our seminars.

If you’re attending our seminars, be prepared to take notes (since photography and recording is not allowed)!

Bring whatever your note-taking tool of choice is, and remember to turn up early since seats are limited and on a first-come, first-served basis.

Also, remember to bring a sample of your work so it’s easier to get feedback if you’re attending Portfolio Review sessions.

5. Transform and roll out!

Now that you’ve read our list, remember to finish packing the day before the con so you won’t forget anything essential!

All done reading our guide? Great, because we can’t wait to see you at Doujima this weekend! 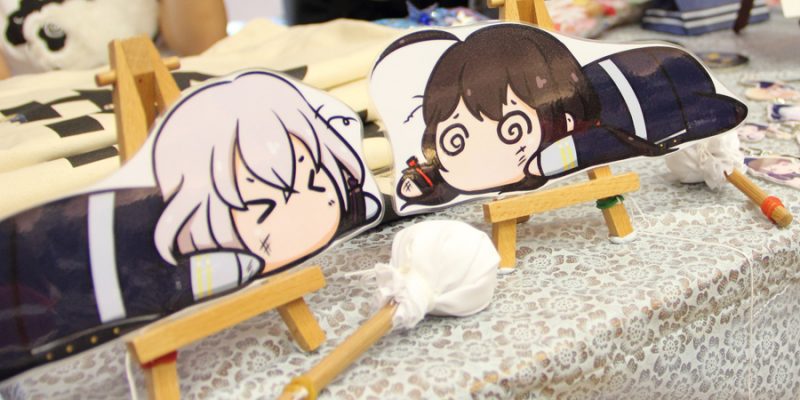 With Doujin Market just days away, we’ve decided to put together some handy guides to help you better your convention experience.

This year, Doujin Market takes place at Suntec Singapore Convention & Exhibition Center, which makes this our biggest show to date. The event will be held at the Crescent (Level 2), which is accessible both through the mall, and from the convention center. 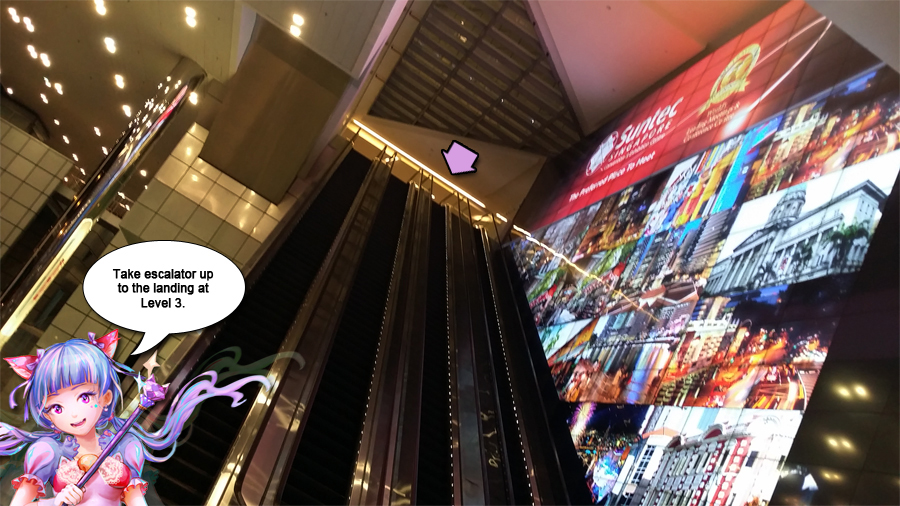 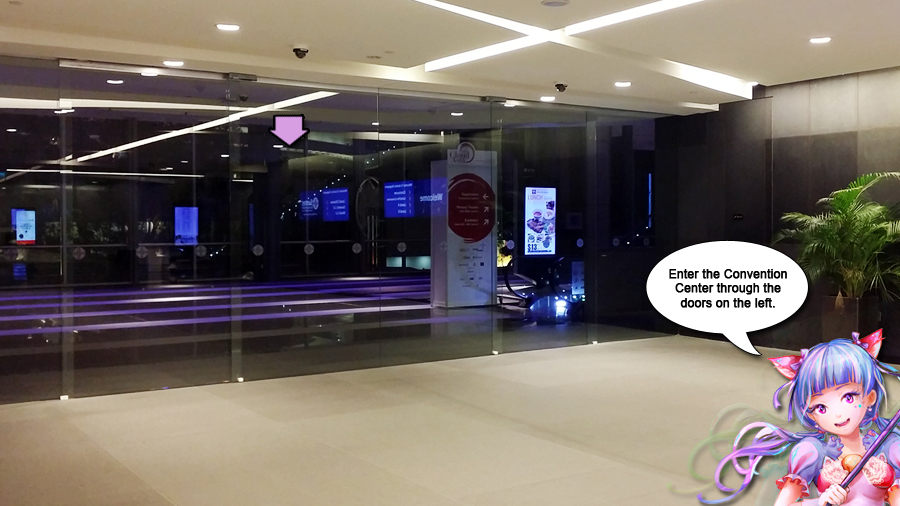 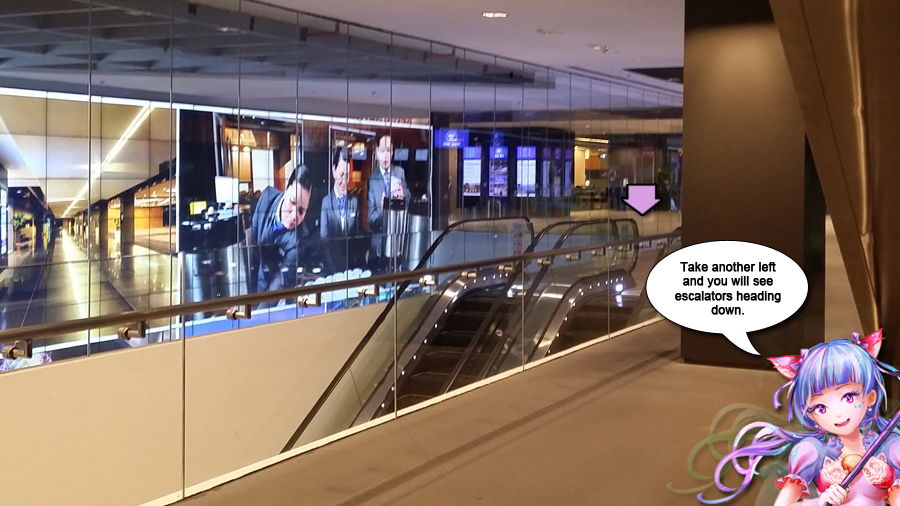 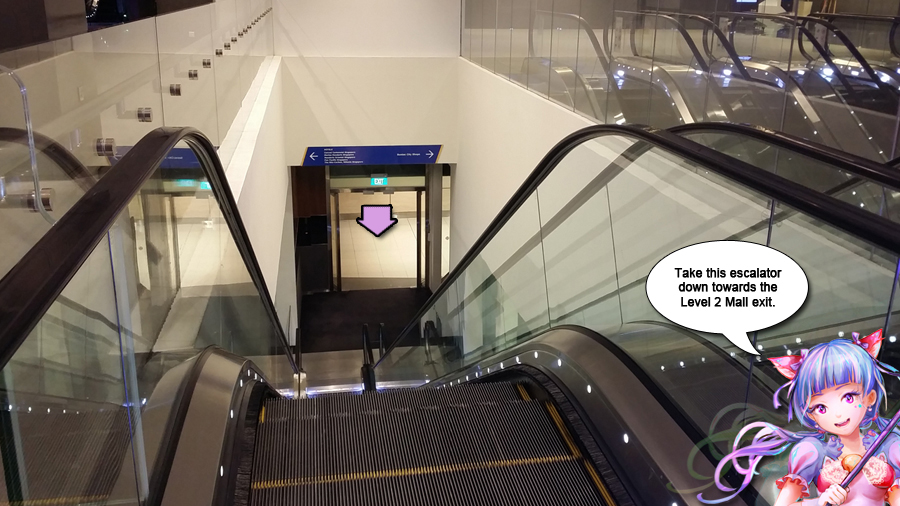 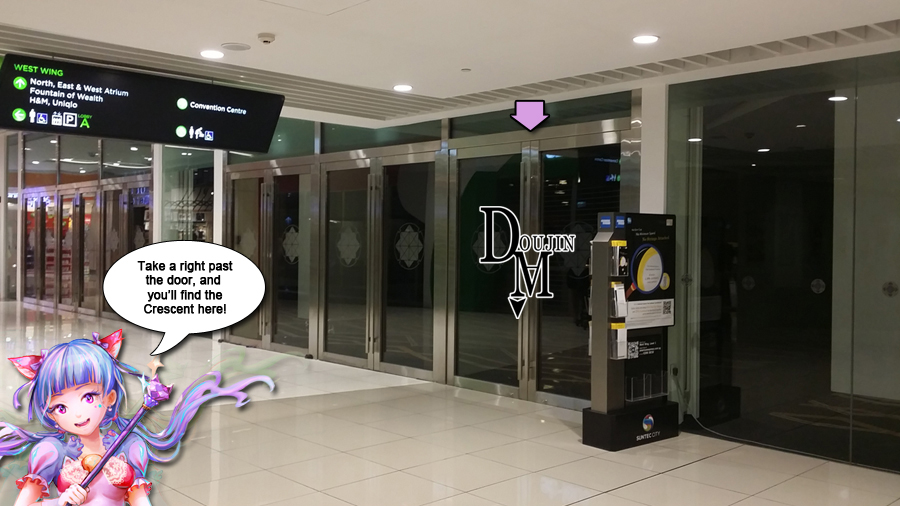 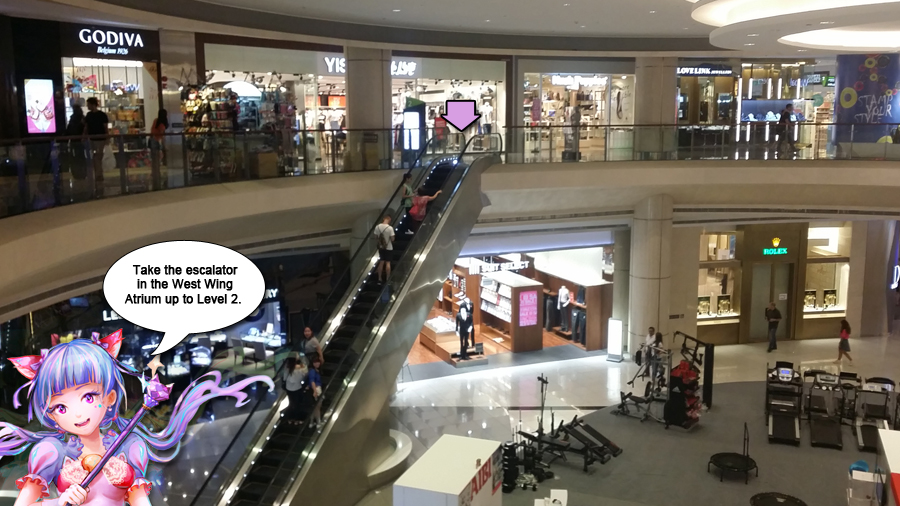 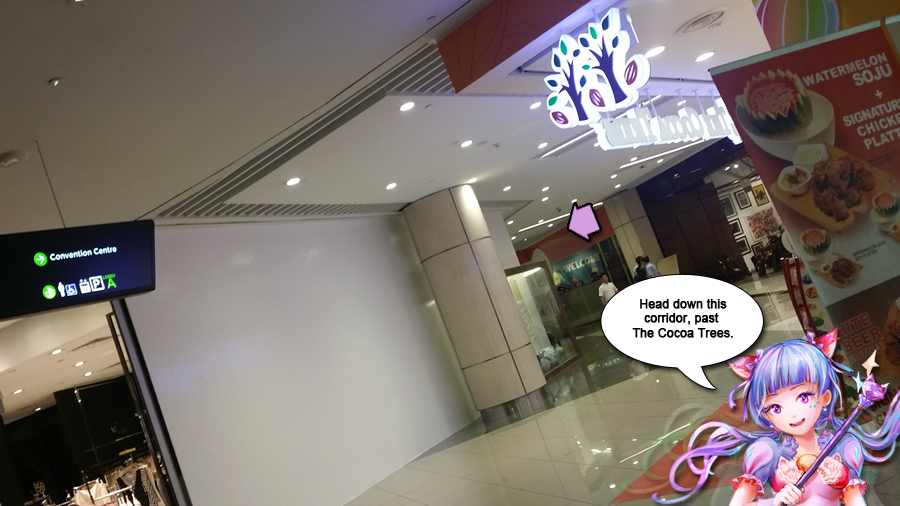 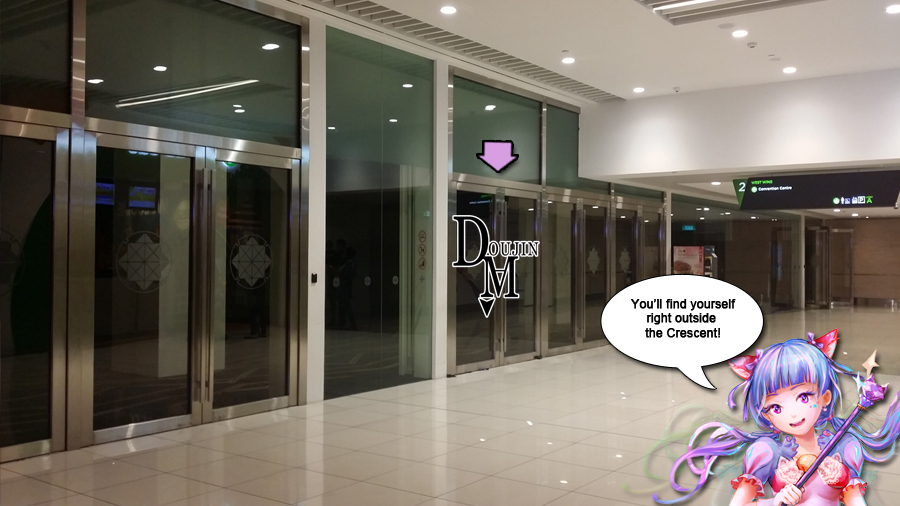 Be sure to bookmark this page if you think you’ll need to refer to these instructions again!

Also, look out for Part 2 and Part 3 of our Doujima Survival Guide for more tips and tricks to make the most of your Doujima weekend!