Comic Market “Comiket” 100 – A Pandemic, A Revival, And A Milestone 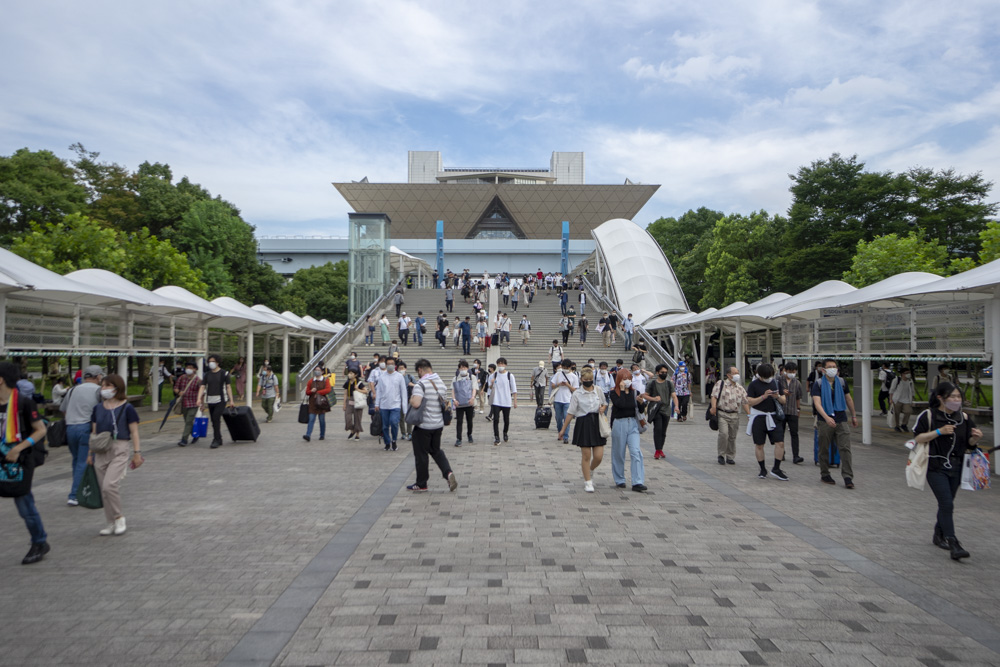 Mid-August. The smell of the salty sea breeze permeate the air, and the muffled whispers of people in the queue as everyone shuffled towards the giant steps several hundred meters from Kokusai-tenjijō Station, like ants marching towards a buffet line. Normally, everyone would be soaked in their own sweat under the sweltering sun. However, the roaring gusts and heavy rain are the reason why everyone is drenched. This year, typhoon Meari has decided to make landfall in Japan on the past weekend, no doubt to take part in what is known as the epitome of otaku conventions around the world.

That’s right, Comic Market, or more commonly known as Comiket, has returned. When the COVID-19 pandemic broke out in 2020, the world came to a grinding halt, as businesses folded and events cancelled, and all our lives that we’ve come to known have been completely flipped upside-down. Comiket was no exception, as they cancelled all physical events for three consecutive times. It was only until 2021 December did Comiket returned to the familiar halls of Tokyo Big Sight for the 99th time (C99). I participated in C99 as a regular participant, but I felt compelled to join Comiket this summer as a media personnel. It is, after all, the 100th times Comiket has successfully been held.

So what has changed since the last Comiket held pre-COVID? Aside from the ticketing introduced in C99 (yes, Comiket is now a ticketed event), the COVID precaution measures in place, and the limiting of participants per day, nothing much else has changed for Comiket. While some booths have decided to use contactless payment options such as PayPay and J-Coin, most booths kept to the traditional practice of cash payment only. Many booths also chose to put up online purchase options of their works, either using Pixiv’s internal Booth.pm service, or through specialized bookshops such as Melonbooks and Tora-no-Ana. That said, a handful of these booths also stuck to the usual practice of selling event-only bundles and other goodies, no doubt in a bid to increase sales, but also out of the festive mood of being part of a historical milestone (did I mentioned this is the 100th time Comiket has happened?).

That said, with the ticketing system now in place, attending Comiket entails a whole different process. Firstly, the tickets are split into three categories: Early, Morning, and Afternoon. While the Afternoon ticket speaks for itself, Early and Morning tickets differ only in the timing in which the registration period is opened for each category, with Early tickets’ registrations starting at the same time as booth pass holders, and Morning tickets 1 hour after that all the way to noon. Secondly, there is no onsite ticketing, so for the interested, they are to pre-purchase online either during the early periods through a lottery system, or failing that, the normal sales period. While this may seem like a hassle compared to pre-COVID, having now attended two Comiket consecutively, I am in favor of this ticketing system. For the most part, having no onsite ticketing and a fixed number of tickets per day has solved one longstanding problem that has plagued Comiket for the past few decades: Overnight queues.

While Comiket explicitly forbids queuing overnight as it is considered a bother to businesses around the area, they have never been able to completely solve this issue due to the sheer amount of people doing it. It is only until C99 last year did the overnight crowd completely disappeared; a historical moment, if you will. And even with the ticketing system, people were mostly able to purchase merchandises from their favorite booths by the end of the day, and with booths putting up their goods online as mentioned earlier, frankly it does not affect the outcome of one’s purchase to a drastic extend.

Yet, despite being a ticketed event now, Comiket has successfully sold out every single one of it, hitting the goal of 85,000 participants daily amounting to 170,000 over the weekend. While those numbers are only a mere 22% of pre-COVID’s statistics (Comiket 97 saw 750,000 participants over 4 days), it feels like events as we know are truly on the way back to how it was. That being said, I felt that certain aspects introduced in C99 and C100 would be here to stay, and some, I hope stays, such as the ticketing system (albeit adjusted henceforth as COVID-19 precaution measures are eventually lowered).

With Comiket 101 announced for December 30th and 31st 2022, hopefully Japan would have restarted tourism fully by then.