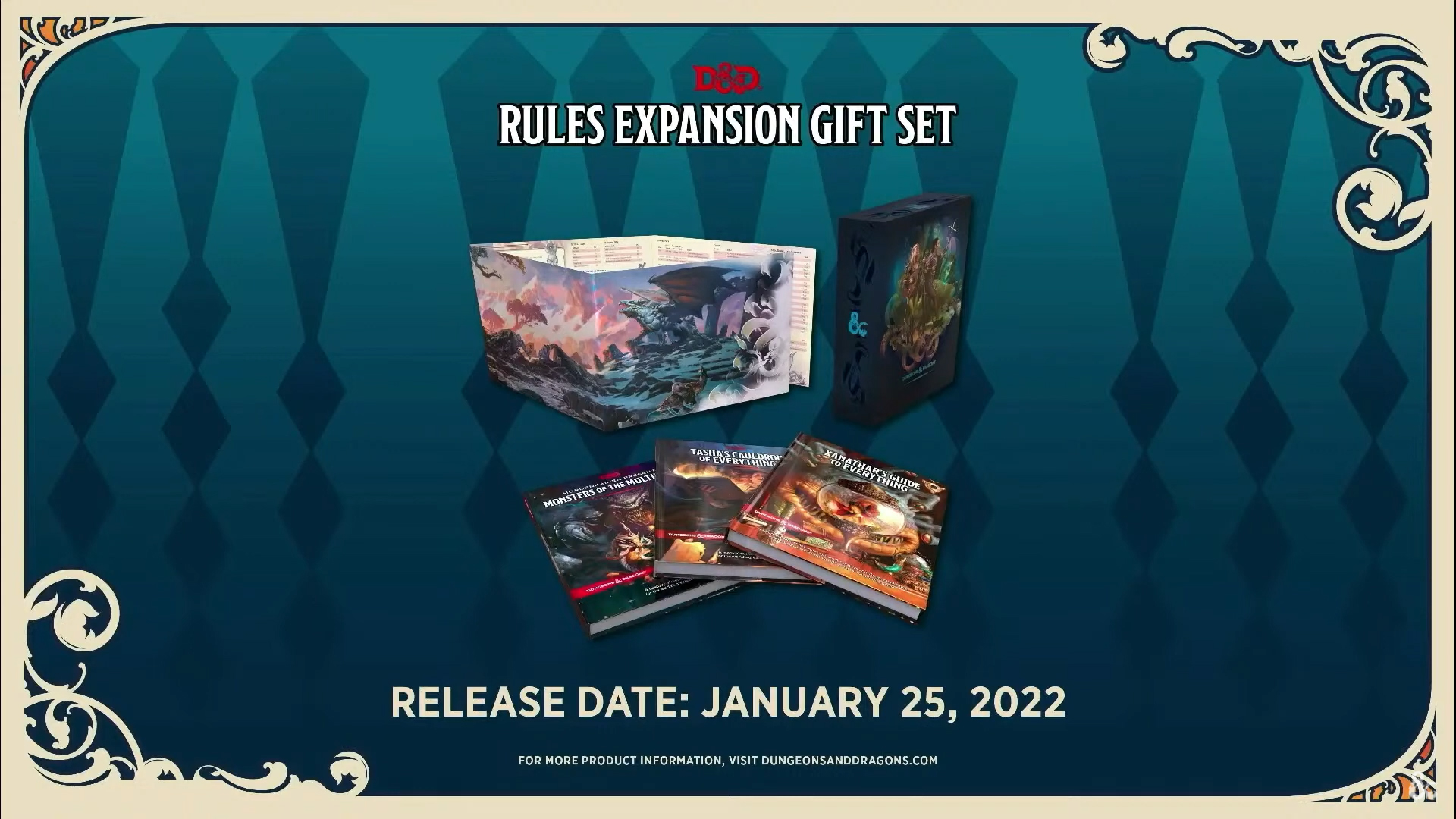 If there’s one thing to look forward to at D&D Celebration, it’s always the new product reveals.

On top of some preview content from the upcoming Fizban’s Treasury of Dragons that landed earlier in the week, the final segment of ’21 also dropped the Rules Expansion Gift Set, which includes reprintings of Xanathar’s Guide, Tasha’s Cauldron, and an upcoming volume called Mordenkainen Presents Monsters of the Multiverse.

According to the powers at WotC, Monsters of the Multiverse brings together 250 monster stat blocks and a collection of 30 plane agnostic monstrous races that make great character options (we envision things like genasi, tritons and the like in the mix), and includes new art (including some that we saw on cards in the MTG Adventures from the Forgotten Realms set) and revamped stat blocks designed to help make running monsters easier on the DM, especially in the spellcasting department.

We’re not entirely sold on how giving monsters less spell options is an entirely good thing since we believe in tailoring spell lists on monsters to present an appropriate challenge, but we can see how streamlining those stat blocks can make them friendlier all around. (In fact, if you own a copy of The Wild Beyond the Witchlight, you might already have noticed similar adjustments to spellcaster stat blocks in the material already, and we can expect these to be the norm moving forward).

There was also talk of miniature giant space hamsters (Go for the eyes, Boo! Go for the eyes!), which might be a hint of a Boo’s Book of Critters or similar slated for next year.

We’re excited to get our paws on these products. The stream also revealed that there’s a next evolution for D&D in 2024 that’s built on community feedback, and that’s already started fans speculating about it being a new and improved 6E.

If the stream is anything to go by, there’s going to be a new set of core books, and this new edition is supposedly backwards compatible with 5E.

It sure looks like there are plenty of things everyone can look forward to in the coming months. In the meantime, let’s keep rolling those d20s!